My fave new artist of 2013, U.K.-based Junior Turner, follows up my No. 2 song of 1Q 2014 with "Tonight's the Night," to be officially released in late June. I'm thrilled to say that Brother Junior and I connected via Skype last week for a late-night warm & fuzzy conversation, after many 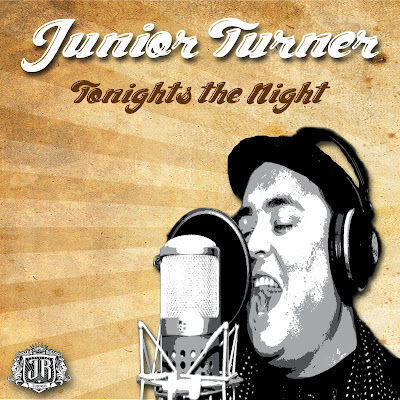 months of my unbridled love and support for his limitless talent.

Witnessing the progression of onetime U.K. pub & club singer/songwriter Junior Turner’s career is the sonic equivalent of watching TV’s “Masterpiece Theatre.” Over the last four years, he has released one consummate pop creation after another.

Previous single “Save Me”—an emotive, potent and ever so universal shout-out for help—was awarded the 2014 Indie Music Channel Award in the States for Best Pop Song, alongside a second nomination for he-said-she-said duet “Loveblind,” with Jess Wood. Both are among a collective of should-be hits on full-length release “Under Scrutiny.”

Turner’s latest single “Tonight’s the Night” bears witness to his momentous versatility, with a 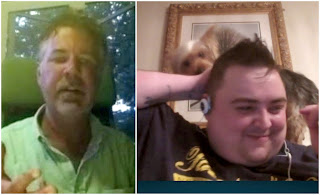 loving nod to old-school soul, complete with bleating horns, groovy guitars and knee-slapping percussion. As ever, the midtempo track is commandeered by Junior’s radiant warmth as a vocalist—which here, conjures ever-frequent comparisons to Robbie Williams, alongside so much soul that you’d swear our hero has rubbed shoulders with The Four Tops or The Drifters (with background accompaniment from frequent partner Jess Wood).

Turner has garnered award-winning success, global radio play and plenty of press for his musical wares. It’s time he was recognized as a talent that deserves critical mass recognition. Come on, it’s takes just one listen to “get it.” Yep, “Tonight’s the Night” that we can all cozy up to Junior’s wondrous world of musical masterpieces.
0 comments 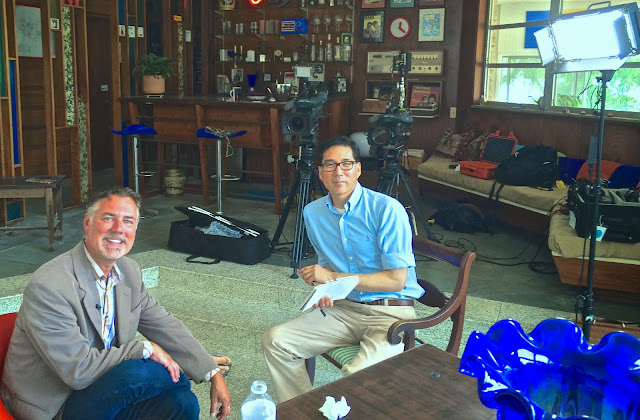 Several weeks ago, I was contacted by an ABC-TV producer named Sunny(!) for the network's long-running news show "20/20." She had eyed me in a segment on lip-syncing for Moscow-based news channel RT's "The Truthseeker," which I interviewed for in November 2013, via Skype. After a lengthy pre-interview

(so that Sunny could vet if I knew what the hell I was talking about), she returned to me several days later to invite me to appear as a talking head on the show.

However, there was a caveat: Where can we do this?
She asked if I might be willing to fly to New York or Los Angeles to film the interview. Ironic, eh? As much as I wanted to be included in the show, I fussed that with contractors in my home pretty much every day—and doggies to find care for—it would be difficult. "Could you possibly send a crew to my home in Norfolk, Va.?" 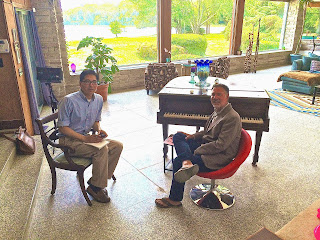 After a couple weeks of back and forth, the good news came: ABC was willing to fly down the segment's producer, Joe Rhee, and have a camera/lighting crew drive down from D.C. Score!

On Tuesday, May 27, all arrived at 11 a.m., scoped out the house and decided to film in the living room, using the grand piano as a backdrop. The interview lasted a good hour... and I enjoyed immensely. Hopefully, I delivered a couple money quotes that will actually appear in the episode. The show's overall theme is "faking it," including a segment on job candidates that lie on their resumes. The finale is supposed to be the lip-syncing topic.

Tentative air date is Friday, June 13. ABC-TV's "20/20" at 10 p.m. Below is the RT "Truthseekers" news segment I appeared on in November. The show has a global audience of 630 million viewers. (I appear around the 8-minute mark.)
0 comments

'Rubber Duck' Makes A Splash At Chrysler Museum of Art 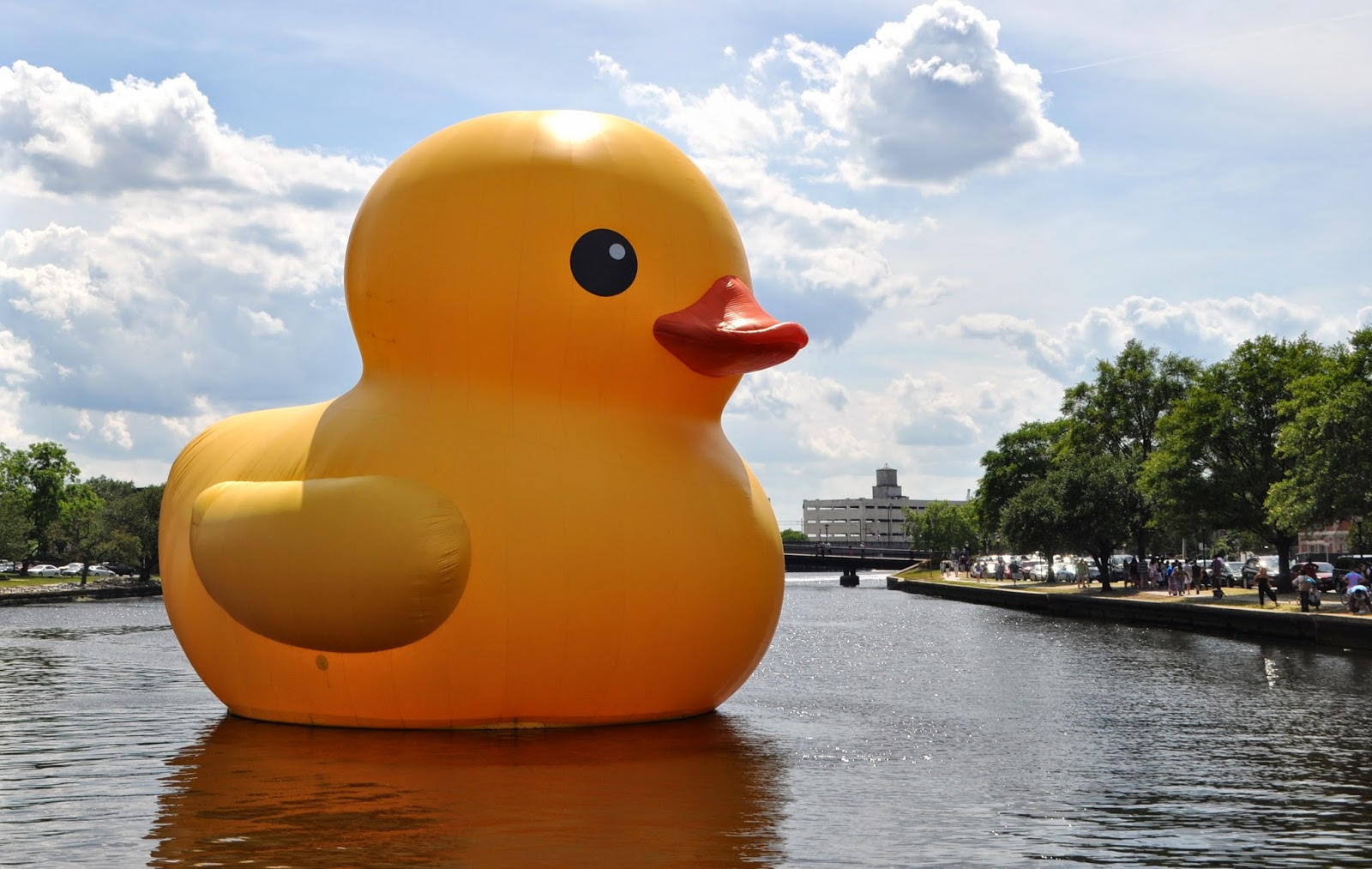 Norfolk's recently renovated Chrysler Museum of Art celebrated its reopening with a splash, showcasing the second U.S. appearance of Florentijin Hofman's "Rubber Duck" in the museum's 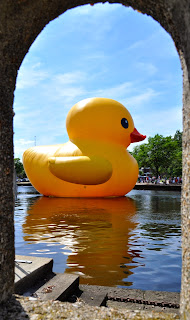 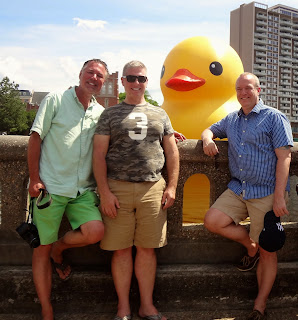 Hague during the week leading up to Memorial Day. The duck has previously appeared in London's Thames River and Hong Kong's Victoria Harbor.

The inflatable duckie offers 40 feet of giddy delight, and just makes you... smile. I saw "RD" on the Sunday before Memorial Day, joining hundreds of onlookers, admiring a piece of art that requires little interpretation, just giggles. To my surprise, I heard one cranky woman at the display complain, "I'm disappointed. I thought it would be bigger." All I could think is, "Seriously, lady? Well, duck you!" * 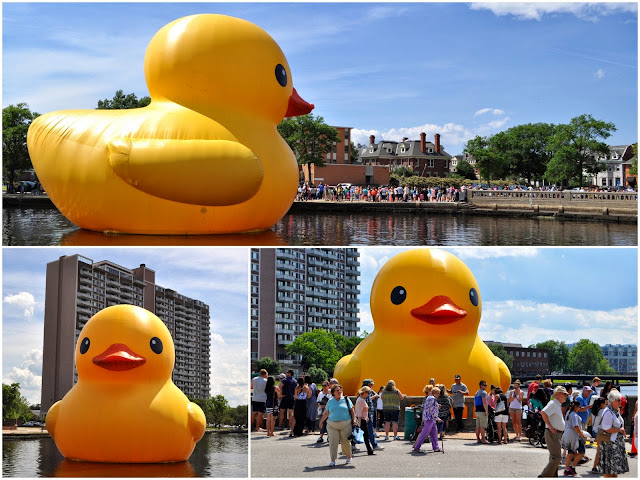 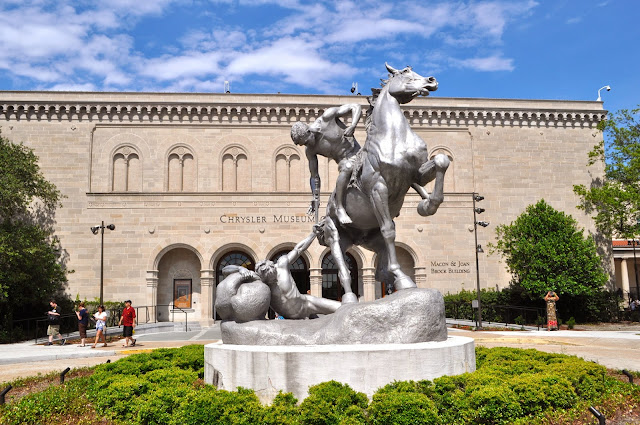 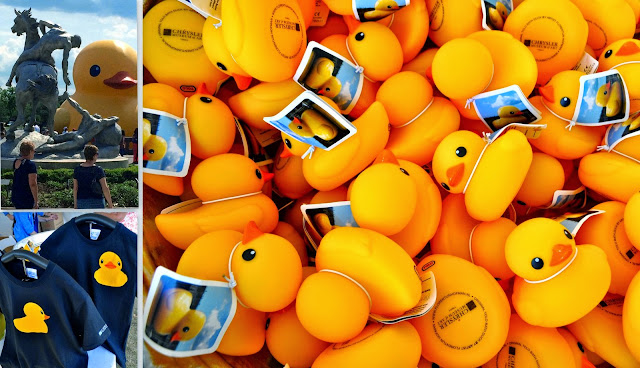