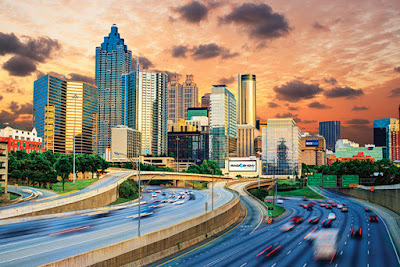 The theme of the 2015 Radio Show may have been “Movin’ Up,” but a better moniker might have been “Heads Up!”

With Nielsen’s prominently positioned banner at the Atlanta Marriott Marquis proclaiming “93% listen to radio every day,” it was more than apparent that broadcasters are not only feeling optimistic about the future, but positive about the present.

Total attendance was up from 2,079 in 2014 to 2,170 this year. But those 100 new names don’t tell the real story: It’s about the faces: of youth. There is a new generation of future leaders that are jazzed—not so much about streaming or Pandora or tomorrow’s latest tech gizmo as much as they are—about AM/FM Radio.

The Opening Reception Tuesday was a case in point. In the mix were industry veterans, young guns, students, budding talent and all in between. With Steven Tyler’s backup band Loving Mary providing the tunes, attendees created their own rhythm—and it sure felt like a celebration of good things to come for radio.

The packed sessions only fueled the fire. Advertisers and their agencies joined the discussion, FCC officials were integrally involved, and we all talked about programmatic, connected cars, audience engagement, programming & sales strategies, and so much more.

As a trade journalist who has covered the Radio Show since 1988, I will say this was one of the most exhilarating and profound broadcasting conventions I can recall. Radio’s collective tail is no longer tucked. We’re fanning our feathers proudly. And that makes the future sound mighty bright.

Originally appeared in Inside Radio.