You could see this one coming a mile away. Saturday's Staten Island ferry mishap, in which 37 passengers 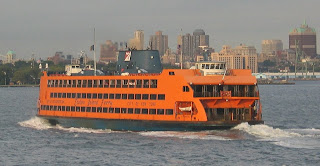 suffered minor injuries, is being blamed on mechanical failure, although the National Transportation Safety Board says investigators have yet to find anything wrong with the ferry. Video indicates that the skillful crew did everything in its power to prevent the accident.

So on one hand, you have the quick thinking of (hottie) dockworker Ari Vidana, who prevented the accident from being serious. He's being heralded as a hero for lowering a

docking metal footbridge to blunt the vessel's blow against the pier.

And then you have the sordid opportunists: A greedy construction worker is filing a $5 million suit against the city, seeing dollar signs in front of his eyes, instead of thanking god that ferry workers kept him alive.

Flabio Silva of Queens "wrenched his back," according to... guess who? His lawyer, but of course! "The City of New York is responsible for the action of its employees, the crew and the operation and maintenance of this boat," says sleazeball Sanford Rubenstein 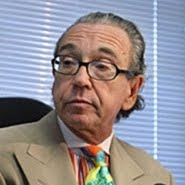 (who represented six cases in the 2003 Staten Island Ferry disaster). And he's absolutely right: It's the quick thinking of the city's employees that kept Flabio as safe as possible in the midst of a horrible accident. 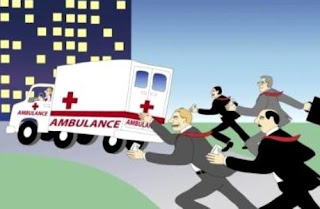 Center and says he still has so much pain it's difficult for him to sit down. "I work with my hands and my body, that's what worries me," he whimpered. Bless his heart. I supposed duping the city out of $5 million will make it easier for the con man to sit down and count his booty: after Rubenstein takes his percentage, of course.

Lawyer Abram Bohrer, who represented a woman that died after losing her legs in the 2003 crash—a true tragedy—noted of last week's mishap, "This could have been a disaster that equaled 2003. They got very lucky."

Especially Silva and the other ambulance chasers that Rubenstein is destined to represent.